On 02/16/2012 @approximately 1610 hours Station 400,600, 300 and Talbot County Station 80 were alerted for a reported building fire behind 305 Park Ave Ridgely. Ridgely Police observed the fire and requested a dispatch. C4 (Capt. Baker) arrived on location to find a 20x24 garage with a small fire inside of the Alpha/Bravo corner and established command. E401 (6 w/Capt. Marvel) laid in from the plug at Park Ave. and Third St.. Upon arrival E401's crew made a quick knock of the fire and command held with 400 units. The situation was placed quickly under control. Maryland State Fire Marshal was requested due to the fact the residence was unoccupied and there was no power to the building. Fire Marshal investigated the cause, and determined the fire to be arson. Minimal damage was done to the building as a result of the fire. RVFD units on the scene were C4,E401,E405 and T406. 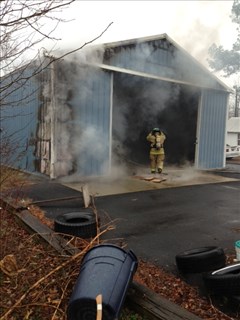 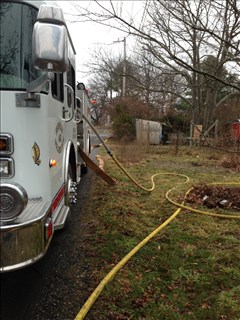 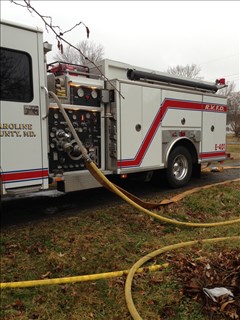